Aso some of you may know, a few members of the club have entered the Ironman UK 70.3 based in Wimbleball on 20 June 2010.

While the event is now sold out, they have just added a relay feature to the race. So if you fancy taking on either the 1.9km swim, 90km bike or 20km run have a look at the link here http://www.ironmanuk.com/ironteam-relay/race-details

I've got a load of old tri magazines from 2008+9 - Tri220. Thought someone might want them rather than me chucking them away. Obviously the news in them is old but the training, kit, nutrition articles are still relevant.

hart tri.pdf
As discussed with some of you last night, and as promised, here (assuming the file upload functions works) is the entry form for the Hart Sprint on 3rd May. It's cheap, easy to get to from Clapham Junction and a nice course. It's also pretty Old Skool with regards to entering (cheque in post). cheers Claire 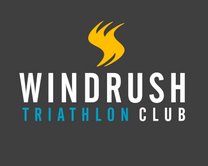